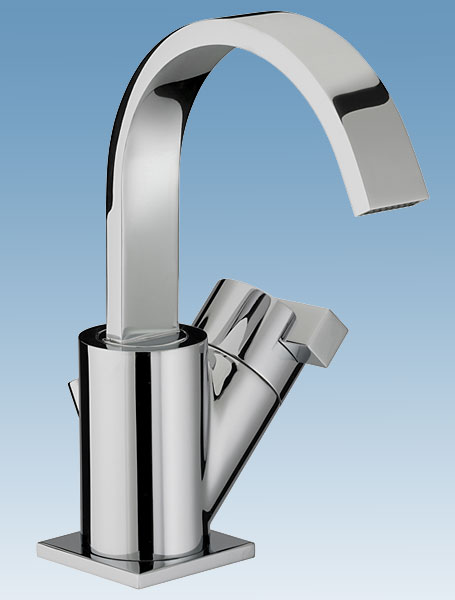 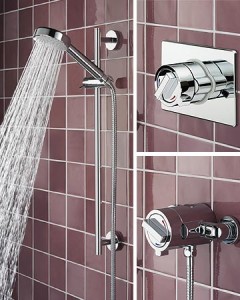 Crosswater have launched Status Bathroom Taps an unusual slant with this range it has some harsh angles with some subtle curves in between built and designed with a very well engineered feel as with all Crosswater’s products offering a certain quality and durability. 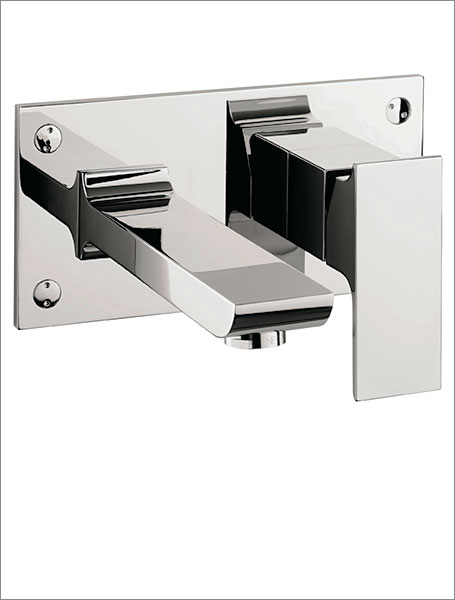 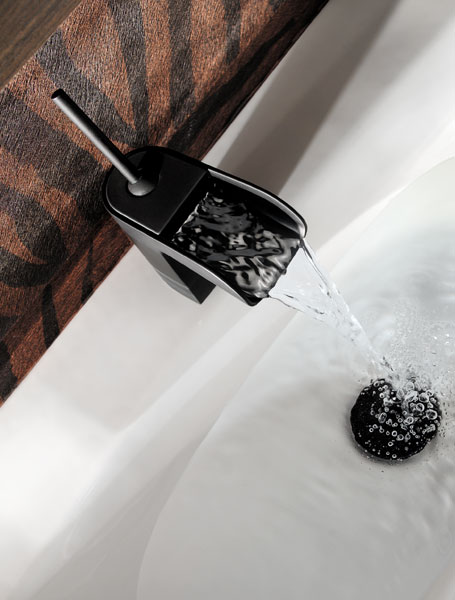 Love Me Black from Crosswater is a Matt black bathroom tap range that has caused a stir in designing bathrooms over the last year, there is definitely something sexy about them. The range is not huge but has the important elements you would require to finish the high end shower room en suite or family bathroom.

Items available in the range are as follows, Love Me Black monobloc basin mixer ( as seen in the above image), a wall mounted 2 hole basin set, a tall monobloc basin mixer Idea for free standing basins, a Monobloc bath filler, and a monbloc bath shower mixer with an unusual twist, a pull out shower handset which comes out of the bath itself. 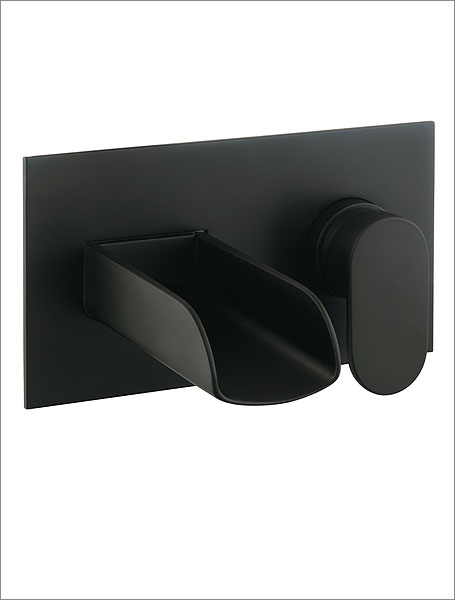 That completes the taps range the there are matching Love Me Black thermostatic shower valves and a choice of either a dual control thermostatic recessed valve or they also have a valve that can operate two items at the same time with two stop cocks and a temperature control. There are two options of fixed shower heads either a round or square 220mm to drench yourself with and as a final compliment there is a selection of basin and bath wastes. an unslotted click clack basin waste or a slotted basin waste (for basins with an over flow), there is a bath click clack waste and a bath click clack waste and overflow filler combined all finished in the Matt black to match. 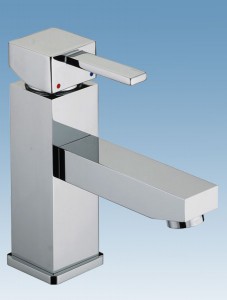 Water saving taps do not have to be ugly as the Quadrato from Bristan now proves, the well designed angular lines of the range is a winner when its comes to looks and now with its eco credentials you can save water as well.

Who said you cannot look good saving the planet. 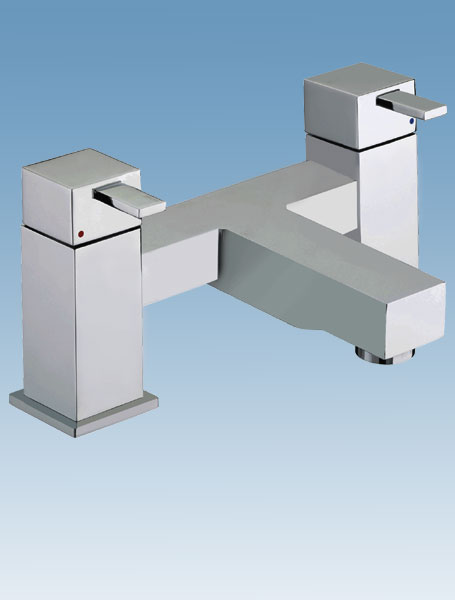 For special promotional deals Tapstore.com currently running a water saving special on eco taps where you get a massive 30% off RRP and if you mention The Bathroom Designer and buy more than one item from the range you can get an extra 5% till June ’09’.

Bristan Prism Bathroom Taps are now available at amazing prices from Tapstore.Com, they have long since been the best selling range from Bristan the UK’s biggest tap manufacturer.

In this very extensive range are Prism basin taps, monobloc basin mixers both with and without pop up wastes. Tall monobloc basin mixers that are ideal for freestanding bowls, three hole wall mounted taps and three hole deck mounted. Take a look at the newly launched and very minimal single lever basin filler. For the bathing area they have Bristan Prism bath taps a bath filler a bath shower mixer stunning new additions to this ever popular range include the Prism single lever wall mounted bath filler, a three hole wall mounted bath filler. And for those who want to ensure safety for their children and family the stunning thermostatic bath shower mixer (as shown on the right), guaranteed to protect against scalding. To finish off the collection a monobloc one hole bath filler. 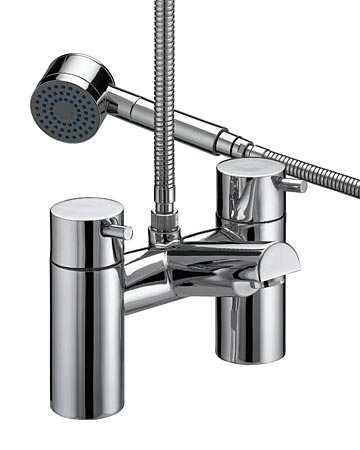 All these items in one range that is complemented by the matching thermostatic showers and valves which includes both recessed and surface mounted options.

Now this is how to make some real savings Tapstore.com have put together some Prism packs that include a choice bathroom taps and showers with fixed heads, kits and even the latest bath overflow fillers that deliver savings up to an impressive £337.00. 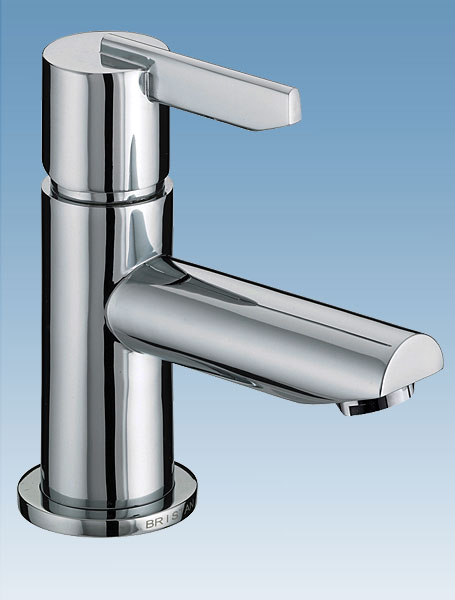 One of the best selling bathroom tap ranges currently is the Sonique from Bristan, sales have gone through the roof with this range, it is very well priced and launched in perfect timing with today’s current financial climate.

It is a minimal design with a delicate single lever operation and slight round body making it fit easily with most modern bathroom designs.

The Sonique Monobloc Basin Mixer with pop up waste (Pictured left) is retail priced at only £76.00 which is a snip and is accompanied in the range with a 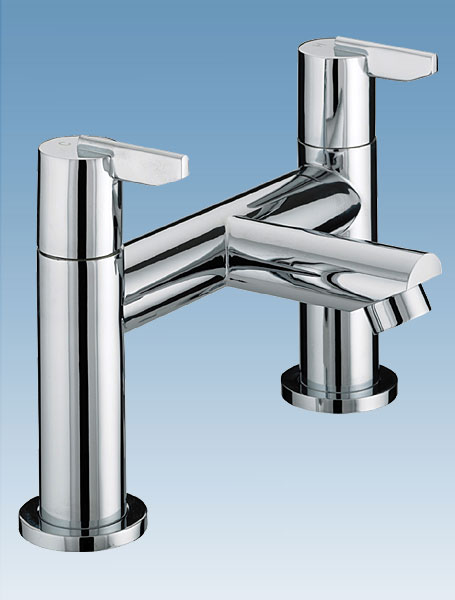 two handled basin mixer with pop up waste, separate hot and cold pairs of basin and bath pillar taps, for the bath is a bath filler and a bath shower mixer. Just to complete the range they have also launched the Sonique mini thermostatic shower valve that can be either surface mounted or recessed into the wall, it comes complete with a wall outlet elbow, shower hose and adjustable riser rail priced at only £205.00 retail price.

No compromise has been made in bringing this range of taps and showers to the market the angular lines cut by the range are sharp and concise.

The RS2 basin mixer with pop up waste as seen in the image on the left is going to be on sale for £139.00 which is amazing value for the quality of this product. 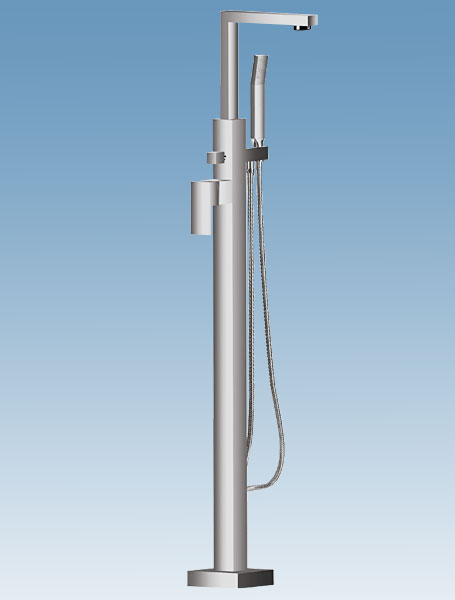 In the range will also be a tall monobloc basin mixer a basin mixer with a side lever, three hole wall and deck mounted basin mixers, separate basin and bath taps, there is also a monobloc bidet mixer.

For the bathing area there are lots of great choices starting with deck mounted bath filler and bath shower mixer, 3 and 5 hole bath sets, even a freestanding bath shower mixer ( as in image ) or you can make up your own configuration with the separate diverters and side bodies. 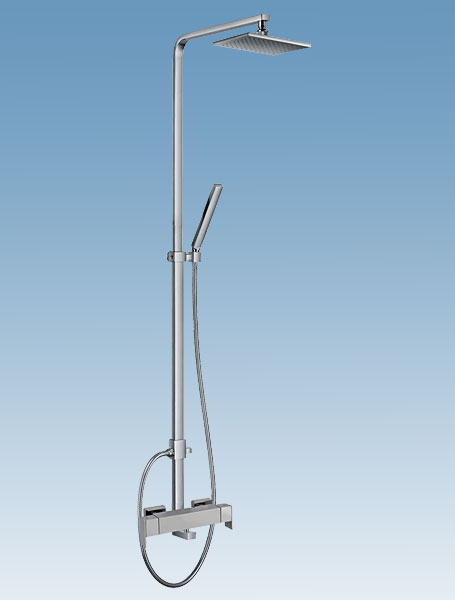 With showering always in tapstore’s mind they have made sure that the RS2 comes with all you would need to complete the design in full, there is a recessed thermostatic shower valve options from 1, 2, or 3 way or a surface mounted thermostatic bar shower valve, or the stunning RS2 deluxe multifunction shower with its rectangular shower head and showering handset (as shown).

To see the complete range visit Tapstore.com if you decide this is the range for you mention the bathroom designer and grab an extra 5% discount. 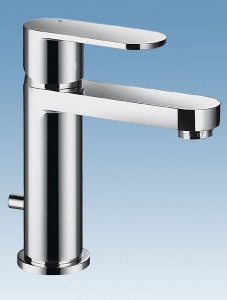 WD4 from Tapstore.com is the latest range of Mixers to be released under their own brand label, they have a cutting edge design that surpasses all that I have seen available for the price range, with a perfect symmetrical cut spout and lever with the precise engineering you would expect from a high end designed tap.

The monobloc basin mixer with pop up waste as seen in the image on the left is going on sale for just £143.00 the price you would expect to pay for a mid range mixer.

It is a fully comprehensive range with a seven different basin mixers and nine bath fillers and shower mixers from deck mounted to freestanding bath shower mixers.

The WD4 is surely going to set the bathroom tap world alight to see the full range visit WD4 Bathroom taps at Tapstore.com and you will not be disappointed. 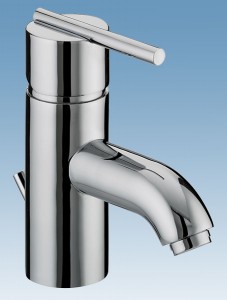 The Bristan Blade range of bathroom taps does represent very good value for money for a low pressure range of mixers and fillers, Bristans blade taps will work on both high ad low pressures which is unusual nowadays they have a neat styling with a tubular design that should stand the test of time.

In this small range they have a Monobloc basin mixer, a bidet mixer both basin and bath taps, a bath shower mixer and a bath filler. 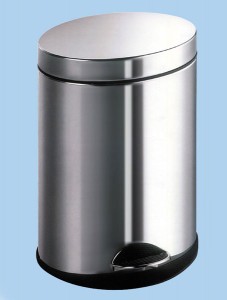 Bathroom pedal waste bins are not the first item when considering designing a layout but if they are not considered from the start they can sit in an uncomfortable position in the room.

I like the Oval bathroom bin from Tapstore.com as it has a 5 liter family capacity made from durable and hygienically safe stainless steel finish.

It will sit in the corner of a room with out taking up the space due to its small projection compared with a round pedal bin.