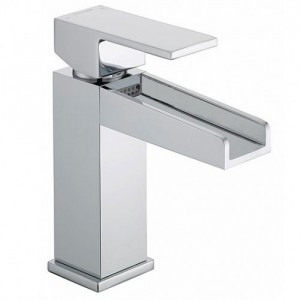 Hampton by Bristan and open square spout design bathroom taps and mixers, a small but concise range, only three items in the range but priced to sell well. There are two basin mixers a standard monobloc and a tall version and the Hampton bath filler completes the range.

All the items have a waterfall style spout and will require a high pressure to work, the minimum recommended is 1.0bar.

Use bathroom-home.co.uk to find a retailer and installer. 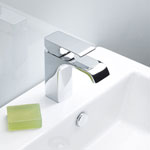 Roper Rhodes Hydra bathroom taps are a brand new edition to their collections, it is simply a really well priced designer range of taps and mixers.

What I like apart from the price is the design, its wide waterfall styled spout and handle that follows perfectly, it has a squared body and all the great function of all the other Roper Rhodes ranges like a built in temperature and  flow limiter that can be adjusted to suit the installation.

Cheap bathroom taps by price but not by design…

If you want to see the entire range at the best prices then click here. 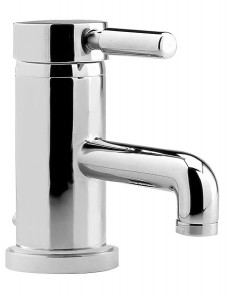 Hudson Reed Tec Lever bathroom taps are a range that is designed for easy use having the single lever on each product.

To see the full range with prices please click here. 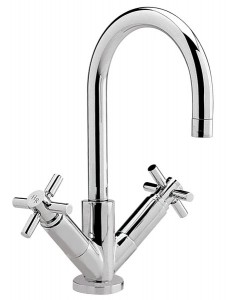 One of Roper Rhodes new tap and shower Ranges is the Stream which follows on from their very successful move into bathroom taps, its shape is curvaceous with a round body and oval end to the lever and spout. The ceramic disc cartridge has a built in flow limit and temperature limiter.

To view the whole range and buy click here Prices start from £74.00.