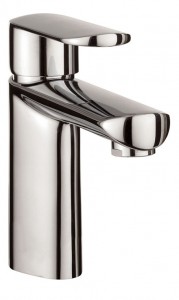 The Voyager Bathroom Taps from Crosswater are neat and concise it has georgous curves and an smooth operating lever control that mimics the curves of the body of the mixers, in the range their is the monobloc basin mixer that comes without a pop up waste also available in a tall monobloc basin mixer, a monobloc bidet mixer tap, a bath filler and a bath shower mixer, they also have in the range a wall mounted 2 hole basin set or you could use the separate spout and manual mixer valve which could also be used for a manual shower, and for a bath filling and or shower option use the manual shower valve with built in diverter.